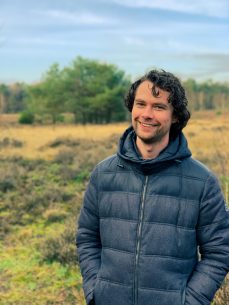 When I was 5 years old, I started typing out some PRINT statements while I could barely read, and it has fascinated (or perhaps even obsessed) me ever since. Out of nothing, I could type in some magic characters which would make my 4MHz computer (including green/black monochrome screen) do whatever I wanted it to. It felt like magic!

So instead of enjoying the nice weather, drinking lemonade at the beach, building rafts and treehouses, I was often to be found in the attic writing text-based games with GWBasic and BASICA on my father’s 8086. Or “operating systems” using NASM and C that could only beep, reset and ruin your floppy disk using BIOS interrupts. Or right before puberty, when my interests took a short detour to EMINEM and Dr. Dre, 3D engines using VB5 and D3DRM when Windows 98SE was still the next big thing.

To me, programming felt liberating. It gave me a feeling of freedom. There were no rules, no one to report to, and no irrational surprises. The code did whatever I told it to do, no questions asked – as long as I got my thought process and the syntax right. It allowed me to express my ideas and implement them with my own two bare hands. This was, and still is, nothing but magic for me.

This eventually led me to studying computing science and a career in Software Engineering where I followed my deepest life-defining passion at multiple different companies. This ranged from launching my own startups and working at small but amazing companies like MoneyMonk, to large companies like Bol.com and Rabobank with thousands or even tens of thousands of employees.

Why you should use Kotlin – and how a pitch changed everything!

Within a few weeks after pitching Kotlin, our team migrated a 12,000 line codebase from Java to Kotlin alongside planned Sprint work. This sparked interest among management and colleague developers, which eventually led to the creation of the Kotlin Movement at the Rabobank. And what an incredible journey it has been! Within just a few […]